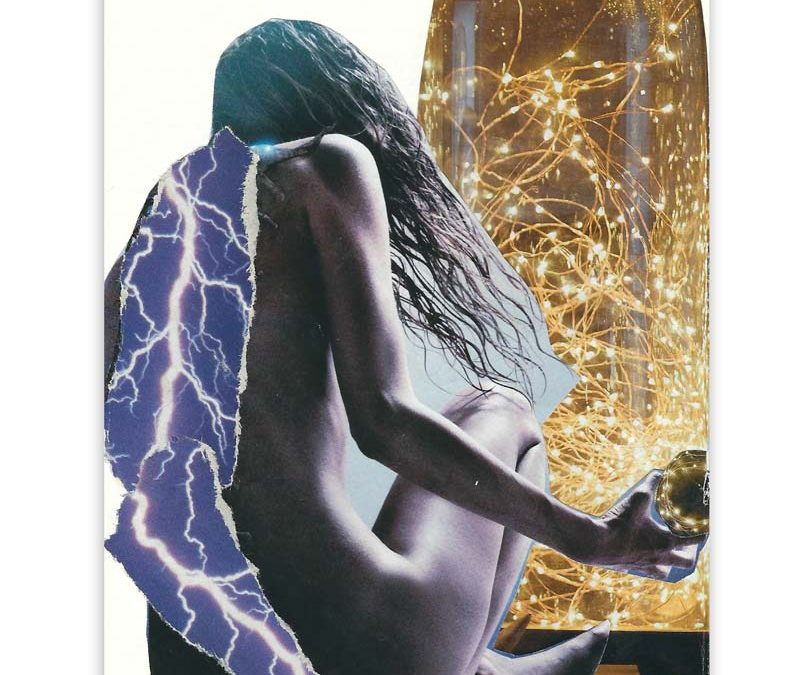 I was introduced to SoulCollage by my “Soul sister”, Jamie Brown, at the same time I was accepted in a master’s program at Pacifica Graduate Institute in Carpinteria, California. It was 2012, I was 64 years old and recovering from a meningioma, a benign brain tumor, and simultaneously my marriage of 30 years was falling apart. As you can imagine, my life was turned upside down. Being an optimist, I vowed to make the most of this second chance at life: I wanted to use my brain for optimal functioning and discover a hidden creative person hidden in my psyche.

Both the Engaged Humanities program and SoulCollage became my allies in this quest. Little did I anticipate the depth and rewards of this collaboration. There was an emphasis in the Humanities program on Depth psychology and the work of prominent psychologists in that field like Carl Jung, James Hillman, Robert Johnson, Marianne Woodman and Joseph Campbell. When I began researching SoulCollage I discovered how congruent this process is with Depth psychology. CG Jung often speaks of a phenomenon called synchronicity, which boils down to meaningful coincidences. Synchronicity happens when we engage in the process of making SoulCollage cards. I am always astonished what our cards reveal.

I realized immediately that the way we interact with our SoulCollage images is also very much akin to Active Imagination; a way of communicating with what Jung called the Collective Unconscious, which also sends us messages through dreams, usually in symbolic images. Because the Humanities program also emphasizes creativity, the card making became my art. I was able to use them in a myriad of ways beyond the “I am one who….” In addition to finding my Soul Path, I was able to use them in many creative assignments, including a fairy tale I wrote; a series on my sense of aesthetics as influenced by my birth land, Indonesia (for which I collaged photographs I took there); Dream Tending; active imagination and culminating in my final masterpiece presentation which took the form of a labyrinth made of my SoulCollage cards, each symbolizing a piece of my Soul Journey.

SoulCollage has so enriched my life that I am now ready to share my passion with the world! I have my facilitator certification, am working on a website: OC SoulCollage and plan to start a practice at The Sanctuary in Tustin (Orange County), California soon. It is my dream to assist others in their Soul Search through the wonders of SoulCollage.

I am one who found
the healing and the light in my suffering. 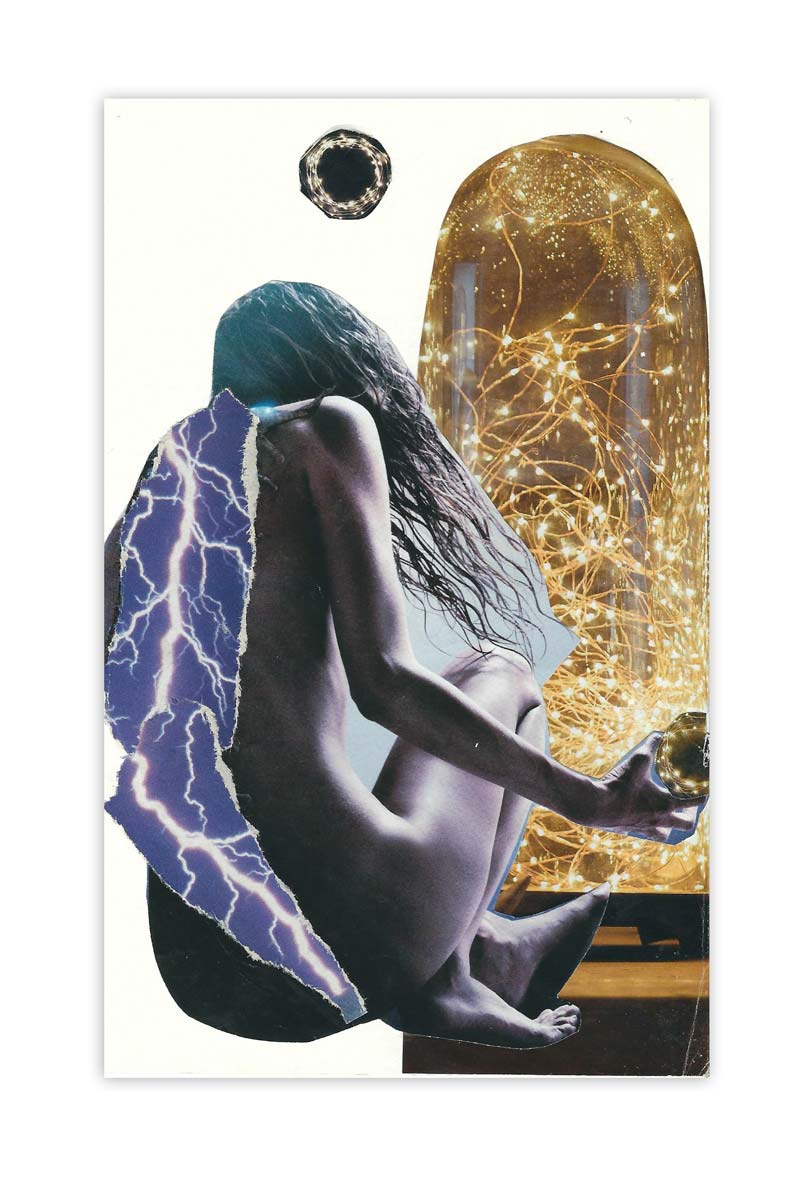 The Wounded Healer
-from the Council suit

I am one who is learning
to trust my heart and mind to work together. 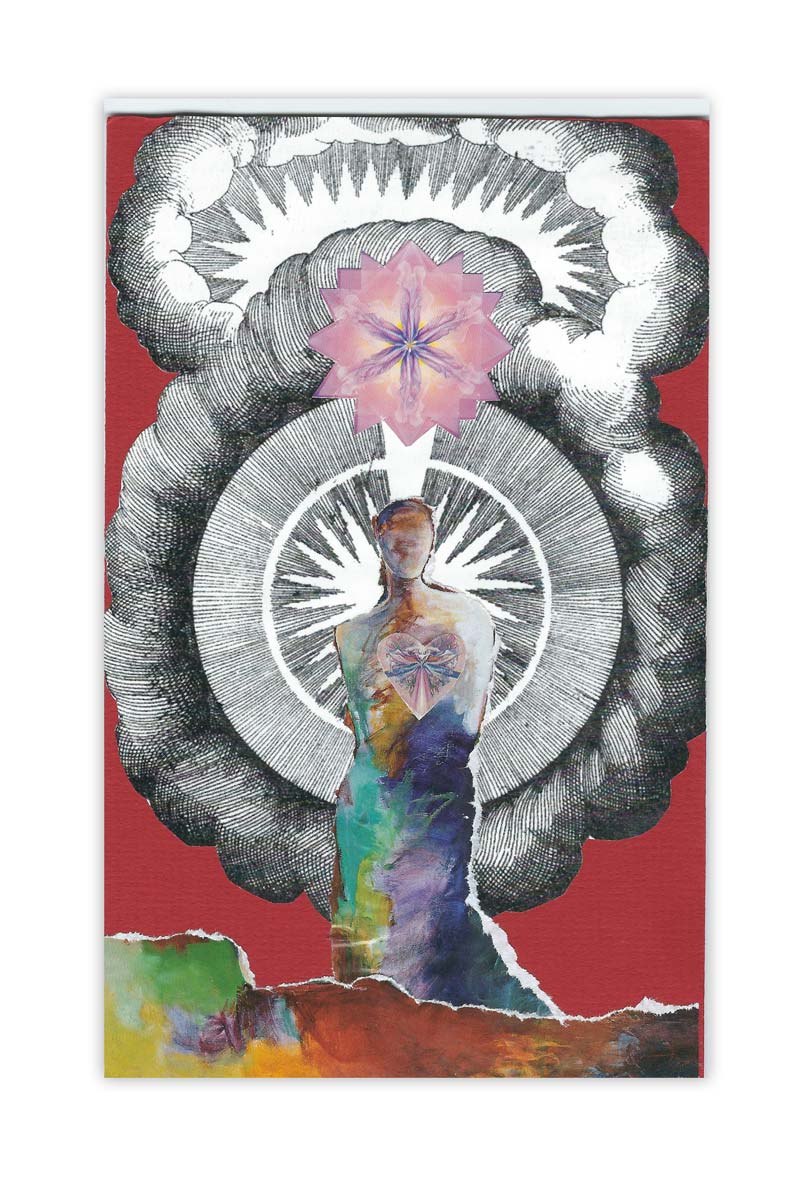 Beyond the mind, the heart beats
-from the Committee Suit